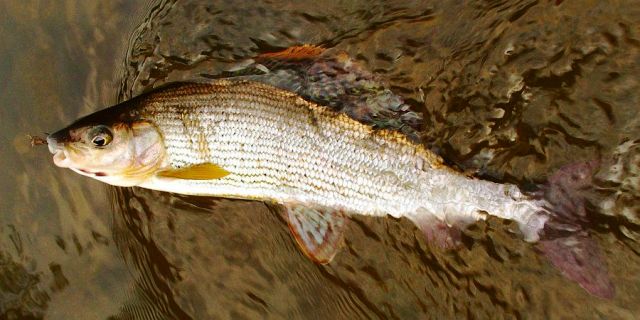 What’s in a dubbing? That which we call a fly By any other fur would catch as sweet.

This sort of question occurs each tying season to many fly fishing Juliets; and just like a name in drama the dubbing in fly tying matters more than seems obvious at the first glance.

I am tie the all time favorite Gold Ribbed Hare’s Ear on a gathering of fly tying pals. To make it a bit more interesting – after all the GRHE is not exactly rocket science – I have prepared a demonstration of various dubbing choices.

The following flies are all variants on the GRHE theme, tied on #10 Skalka wet fly hooks with 3.3mm bead, partridge tails and ribbed with Gütterman golden tinsel. Only the dubbing varies. 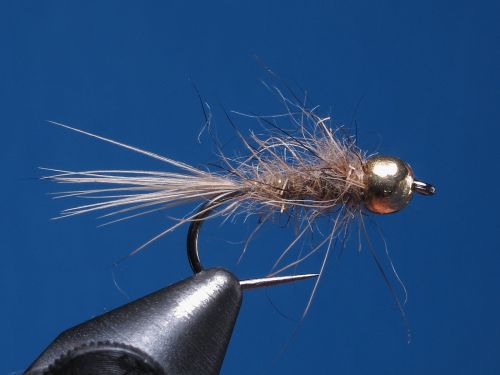 This fly is tied with fur from a young hare. The fur is light in colour and smooth in structure. It will have lots of movement in water, but it will have a „soft“ feel to it. 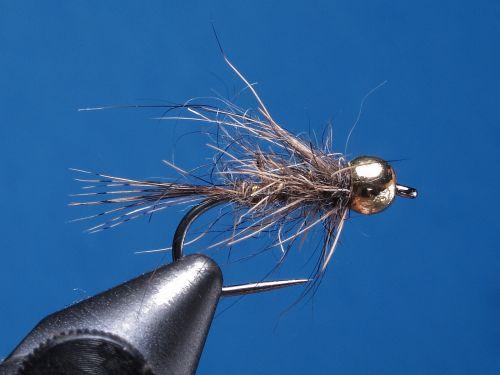 This fly uses fur from an older animal. It is darker, with some hints of grey. The dubbing is mostly guard hairs from the back of the animal, where the hairs are longest and roughest. 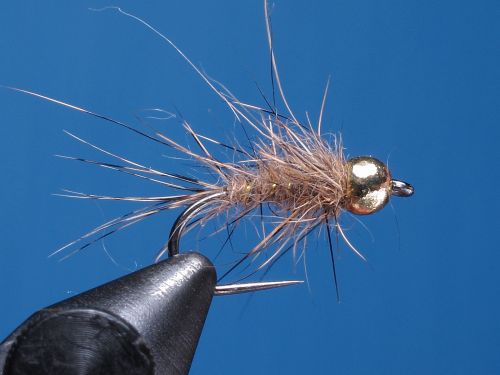 This is actually the same fur as in exhibit #1 (I mix my dubbing myself, so I know for sure it comes from the same pelt). It has been mixed with some Fox Squirrel hair to give it some structure. The Fox Squirrel is very rough fur, with plenty of structure but it does not dub easily and is very messy. Mixing it with some Hare makes it much easier to work with.
This fly has the most structure, in fact so much it might have trouble in sinking to the catching depth. 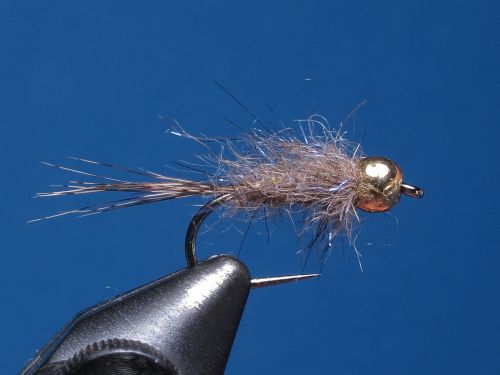 Something else for a perspective. Entirely different from the previous flies – the result is not exactly undesirable, but definitely something else.