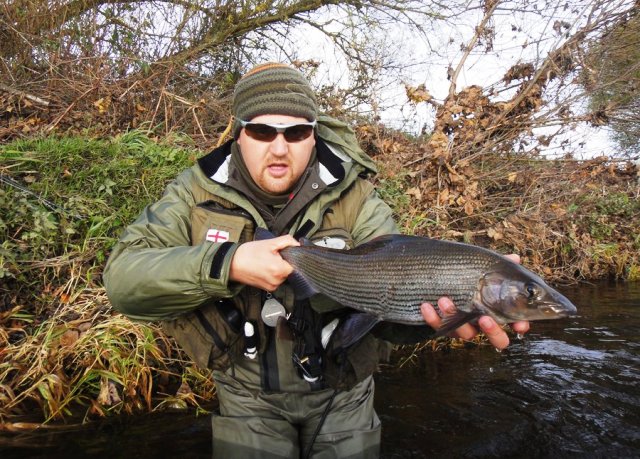 05/11/2012. Hardy & Greys Product Development Manager, Howard Croston caught this magnificent Grayling this weekend. The 22 inch long giant weighed in at 4lb 4oz and was caught on a prototype 10ft #3 Hardy rod that will be launched next year.

The Fish took a size 16 lightly weighted bug fished on 5lb Hardy Mach Fluorocarbon and was returned safely to the River.

Howard who was on a tackle testing trip on an undisclosed river said;

„I thought it may have been a Salmon at first as the fish stayed deep. It was only when I got it into the net that I realised it was something very special.“ 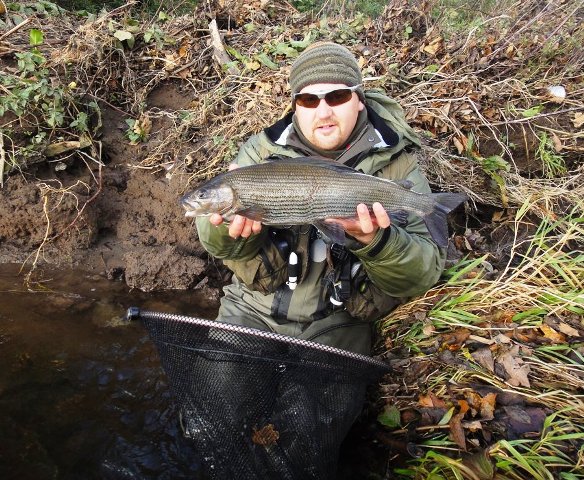