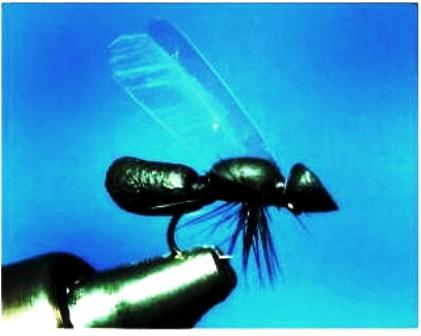 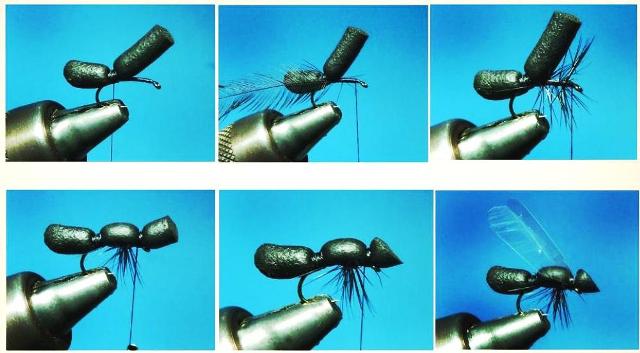 The Kick-Ass Ant was created more than 15 years ago to mimic the flying Carpenter Ant hatch at central Oregon’s Hosmer Lake. Over the years, the fly has been responsible for hundreds of fish to the net, topped by an incredible eight-pound rainbow.

For more than a few seasons, the Kick-Ass was often the top producing fly – taking the most fish, at the most fisheries, in the widest variety of conditions.

The truth is: trout simply relish ants. Nearly every book on trout fly fishing mentions the effectiveness of ant patterns. Some experienced anglers list the ant as a top-three pattern.

Finally, as you can see by the illustrations below, large and small Kick-Ass flies are very similar in size and shape to aquatic insects such as caddis, and even can be taken as terrestrial („earthbound“) insects blown into the water. Fish are very opportunistic eaters. 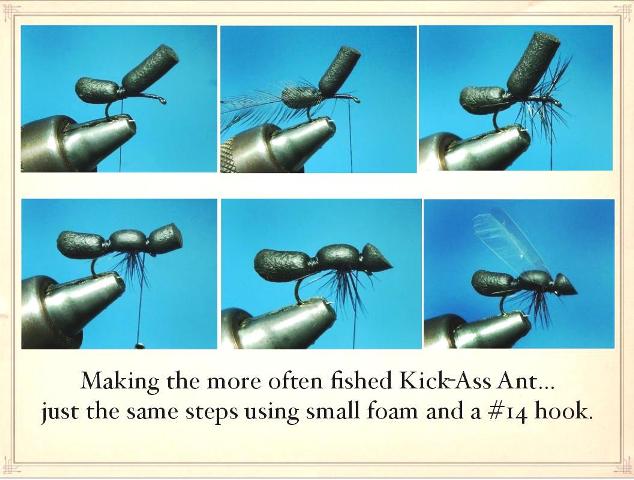